I grew up hearing the occasional factoid about Robert Pickton: multimillionaire, pig farmer and serial killer. The trial was in full swing when I was too young to really take notice and, although the story entered Canadian pop culture, I was vague on the details. A few weeks ago an announcement came that his victims’ families would be getting compensation. I’ll admit that I was confused. Yes, the story I knew was sad but why was the government or various police agencies to blame? So naturally I looked in to it… “unimpressed” doesn’t even begin to cover it, “fucking disgusted” still doesn’t come close but I don’t think the English language has words strong enough so I will leave it at that.

For those of you who have no idea what I’m going on about here is a brief synopsis. At least 60 women went missing from the early 1980s to 2002 from Vancouver’s downtown east side. They were some of society’s most vulnerable. Aboriginals. Drug addicts. Street level sex workers. Undesirables. Pickton picked them up and brought them to his farm where they were raped, killed and disposed of. This was the stuff of horror movies. Police found a dildo with both Pickton and his victim’s DNA on it that had been used as a makeshift silencer. Bodies had been left to decompose, been eaten by insects, fed to pigs and even been ground up with the pork and sold to the public. This went on for two decades. Police had to involve forensic anthropologists to sift through the soil for DNA with heavy machinery. 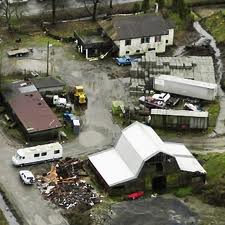 Can you imagine what these women’s families went through when the horrific details of the crimes were being released? It makes my stomach knot when I think about it. Like I said, it is a sad story, but why is the government (and by extension, the tax payers) paying restitution? That’s where this story gets unbelievable. Pickton had been charged with stabbing a prostitute in 1997. Although the woman survived, and they were treated at the same hospital where staff found a key to the handcuffs around the victims wrist in Pickton’s pocket, the charge of attempted murder was stayed. Why? The woman was an addict and thus not a reliable witness. The clothing Pickton was wearing was seized but DNA analysis was not done for over 7 years.

In 1999, police revived information that Pickton had a freezer full of human remains. They interviewed him at which time he gave them consent to search the grounds, they chose not to do so. The only reason that this despicable excuse for a human being was finally stopped was that, in 2002, police executed a search warrant for illegal firearms. When police found an asthma inhaler belonging to one of the victims they started a massive search effort.

Let that sink in for a minute.

Freezer full of human flesh? no need to look around

Might have an unregistered gun? CALL IN THE FORCES!!!

I understand that these women were not shiny upstanding citizens. They represent a segment of the population many want to pretend does not exist. How many of us walk by women just like this on the way to work or while we are shopping downtown? Even as a young teen spending most of my free time in Ottawa’s urban center I didn’t think too much of a familiar face no longer being there. People move on, stuff happens, it’s normal right? These people were lucky. They had families who worried. They had friends who noticed that they were no longer there. They might not have been perfect but they were people. They left behind parents and children, best friends and lovers. They deserved more.

We failed them and we failed their families. Pickton confessed to killing 49 women to an undercover police officer while in custody. He said he wished he could have killed one more to “make it an even number”. He was originally charged with killing 32 women, 23 of those murders occurred after his attempted murder charge. 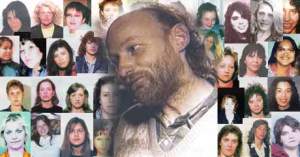 The reality is that one of “those people” go missing all of the stereotypes come out in full force. “she deserved it”, “what do you expect from an addict?”, “it wouldn’t have happened if she was being safe”, “you can’t rape a hooker”, “one less on the street” – I could go on all day. We as a society need to take a look at ourselves. There are reasons why these women ended up in compromised situations. Cycles of abuse and of poverty start somewhere. Before we start throwing blame around we should take a second to remember that we let our most vulnerable down. Once by creating a society where these women felt the need to put themselves in danger and again by letting this monster continue to kill after we let him go.

As Canadian debate what prostitution will look like in the future, it is essential to review this case and others like it. You may argue that we can’t save women who choose to engage in “unsafe work”. I argue that we shouldn’t try. They don’t necessarily want or need saving. What they do need is support. They need law enforcement who cares about them like any other person running a business. They need to able to report “bad dates” and charge aggressors. Those who work at street level need safer places to do so. I’m a firm believer in zoning areas for sex work (red light districts) so that police can do their jobs while women who choose to work on the street can do so. I believe in throwing resources at these women so they can work safely and those who have addictions, mental health issues or who just want out have a chance. We cannot afford to keep brushing these people under the rug. We cannot allow more people to die needlessly. We need to stand up for the people who need us and show them that no matter what,